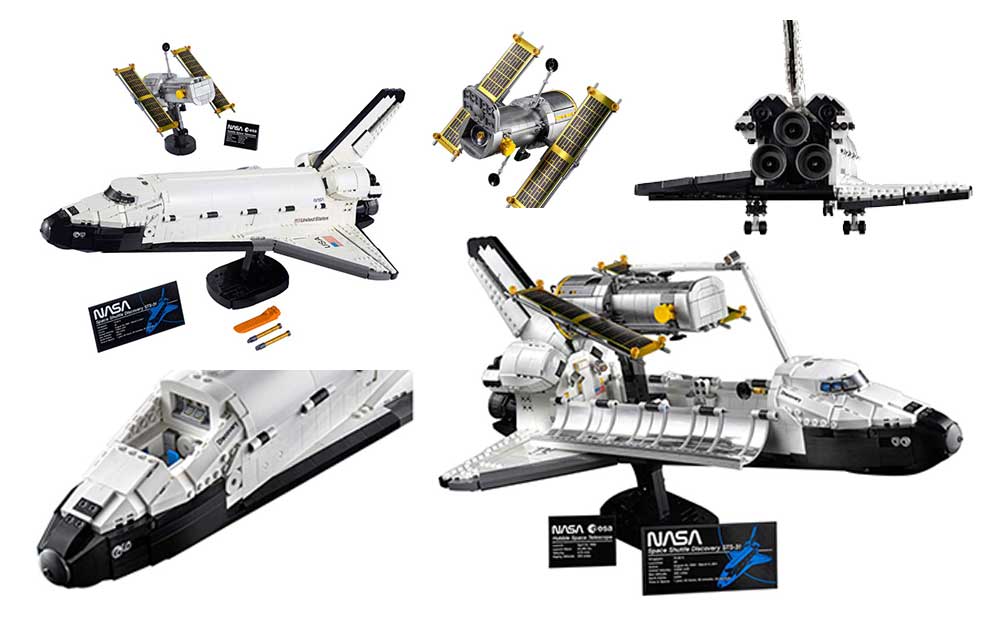 the incredible new LEGO NASA Space Shuttle Discovery set brings the wonder of space exploration back home! Ideal for adult builders, the new set is a detailed recreation of the STS-31 mission launched in April 1990 and saw the orbiter Discovery and its five crew members deploy the Hubble Space Telescope into the cosmos. Ever since, Hubble has shared wondrous images of deep space, leading to breakthroughs in astrophysics and space exploration.

The LEGO NASA Space Shuttle Discovery is made up of 2,354 pieces and is amazingly detailed in true reflection of its full-size counterpart, complete with functional landing gear, and payload bay doors that open one after the other. The doors also feature reflective stickers to mimic the cooling radiators found on the real shuttle orbiter.

At the rear of Discovery is housed the three main engines used for launch into orbit. These are flanked on either side of the tail by smaller engines designed for in-orbit manoeuvres and for deorbit and re-entry into the atmosphere at the end of the mission. The flight control surfaces on the back edge of the wings and tail then are used to control roll, pitch and yaw as an airplane does. The tail’s rudder serves as a speed brake to assist in landing control and rollout on the runway after touchdown.

It’s not only the Space Shuttle’s exterior that is incredibly accurate, the interior from the upper flight deck down and through the mid-deck and out to the payload bay are sure to please both builders and space enthusiasts alike. The crew cabin features the five seats in their correct placement for the astronauts on the STS-31 mission, complete with flight and robotic arm (Remote Manipulator System, or RMS), control panels. Meanwhile the mid-deck contains the space shuttle’s storage lockers for necessities and mission equipment, space for the fifth crew member and the air lock to the payload bay.

The payload bay itself contains the Ku-band antenna for communications, cameras for the crew to monitor operations within the bay, and the RMS arm ready to grapple and release Hubble to carry out its mission.

The same attention to detail has been applied to the Hubble Space Telescope, with its hinged mirror housing just like the actual telescope and new gold foil solar arrays as well as a realistic, reflective, metallic silver design. The telescope can be stowed in the payload bay ready to be connected to the RMS arm for deploy just as it was on mission STS-31. Alternatively, it can be displayed separately from Discovery, as if orbiting in space on its all-important mission, documenting the stars and our universe.

Milan Madge, LEGO Set Designer commented “The Space Shuttle is the most complex vehicle ever made, so as you can imagine, translating this into LEGO was an exciting challenge. In the real vehicle every inch of space is used in ingenious ways. Generally, in a LEGO model we can rely on the size to accommodate the structure that holds the whole set together, but on the Discovery Space Shuttle we needed to create a smooth exterior and an interior capable of holding the payload. Add functional landing gear and you have a real puzzle. This was without a doubt the most challenging part of this model – trying to couple the front and main landing gear without removing any space from the payload bay and without compromising the structure of the model. My favorite part of the set is the tiny blue seats that carried 5 human beings away from their home planet on a mission that allowed us to discover parts of the universe never seen before!”

Once complete the set also comes with stands and information plaques, allowing you to display your creation with pride.

In addition, VIPs will be able to purchase two exclusive items with their points; a Ulysses Space Probe, available for 1,800 VIP Points, which the Space Shuttle Discovery also deployed in 1990 on a mission to scan the Sun. Limited stocks available. 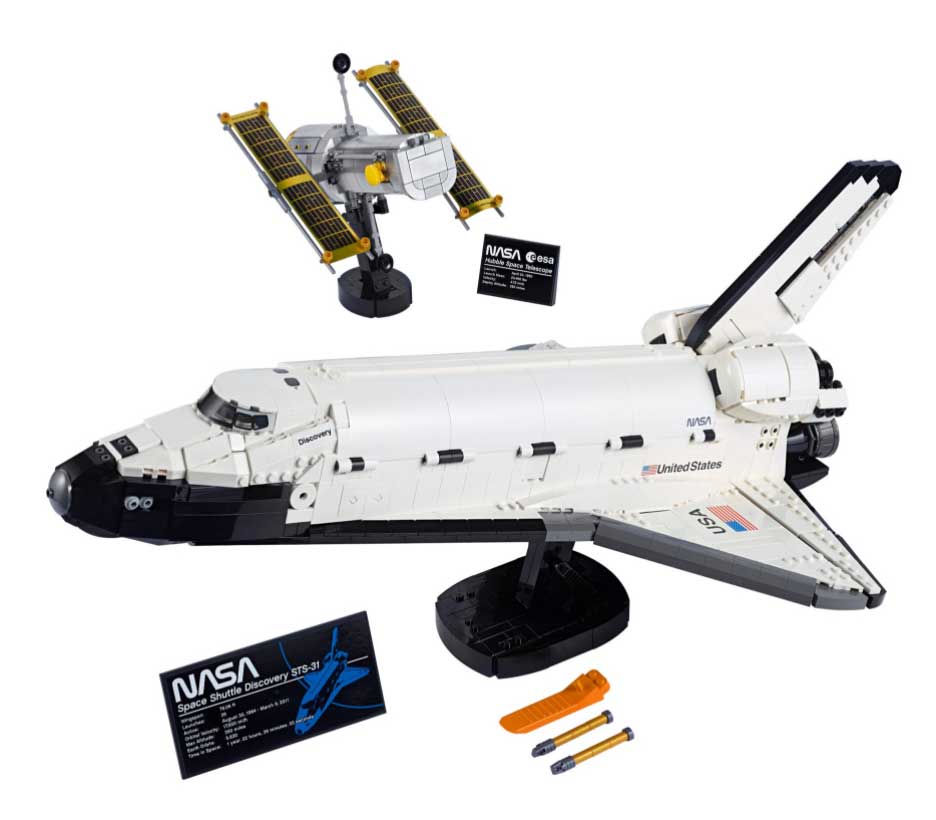 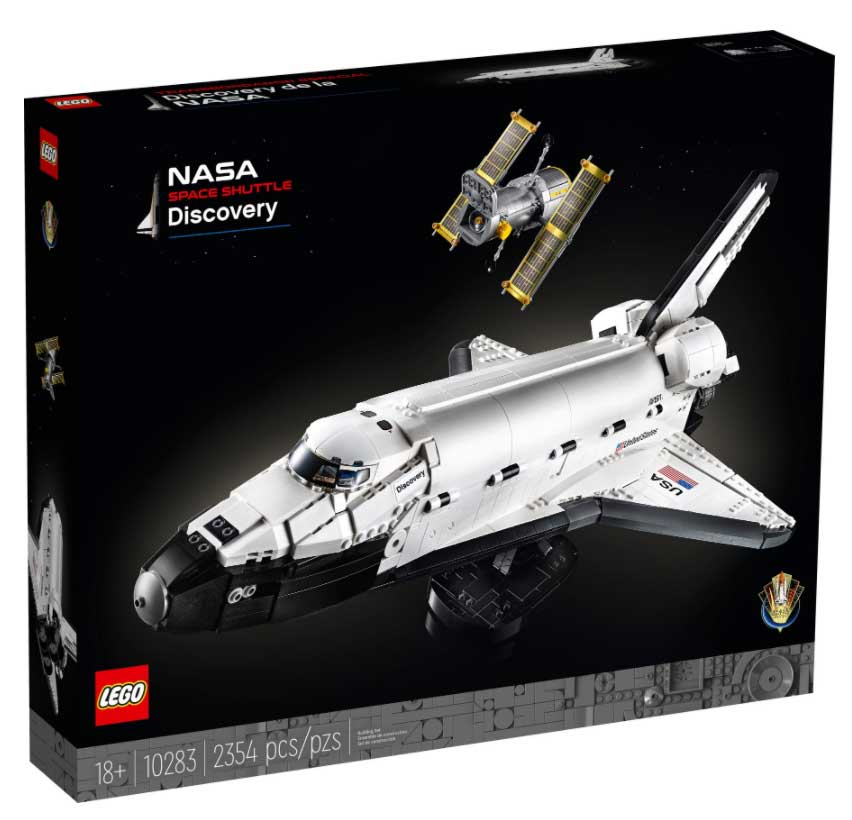 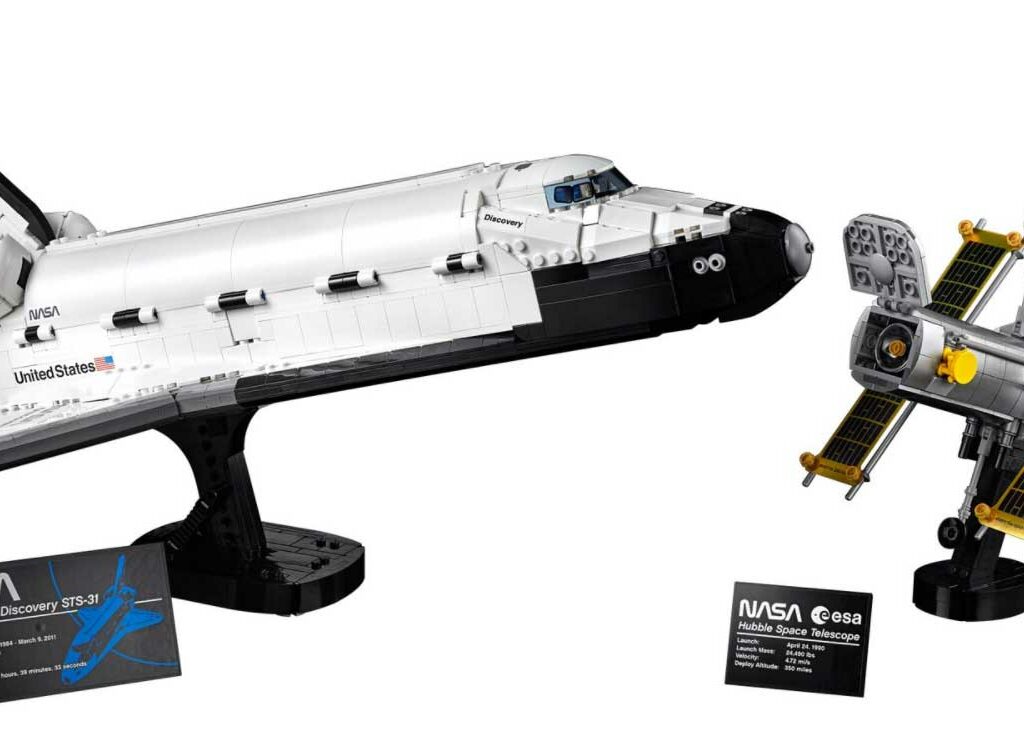 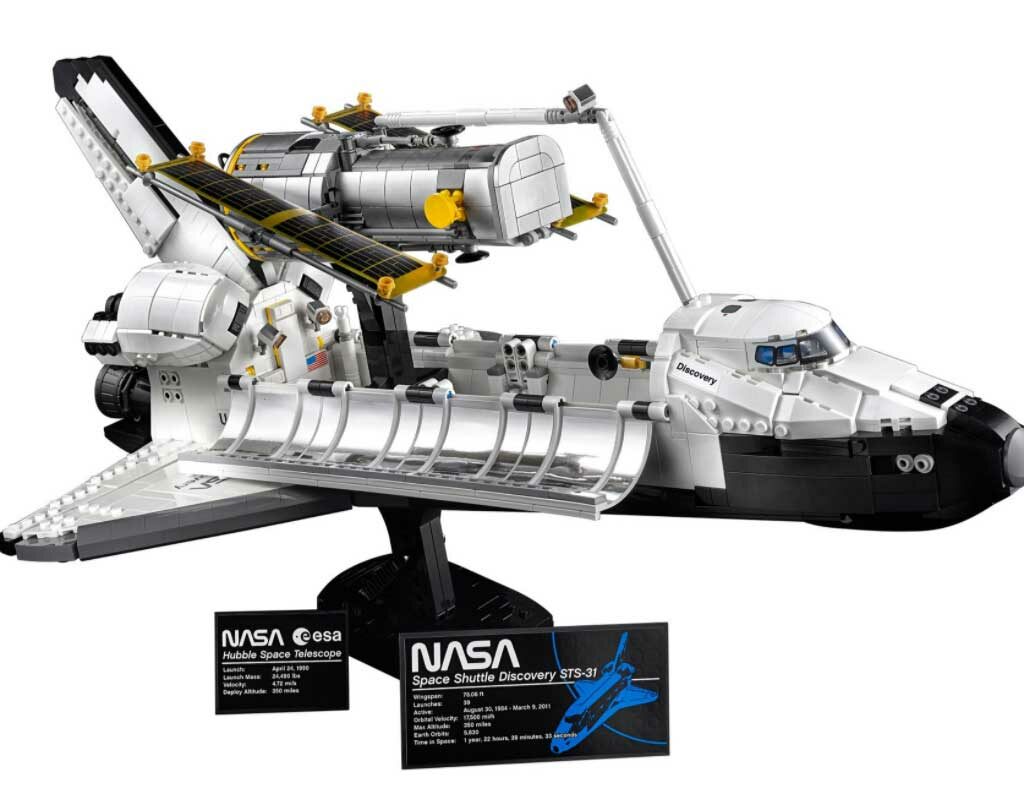 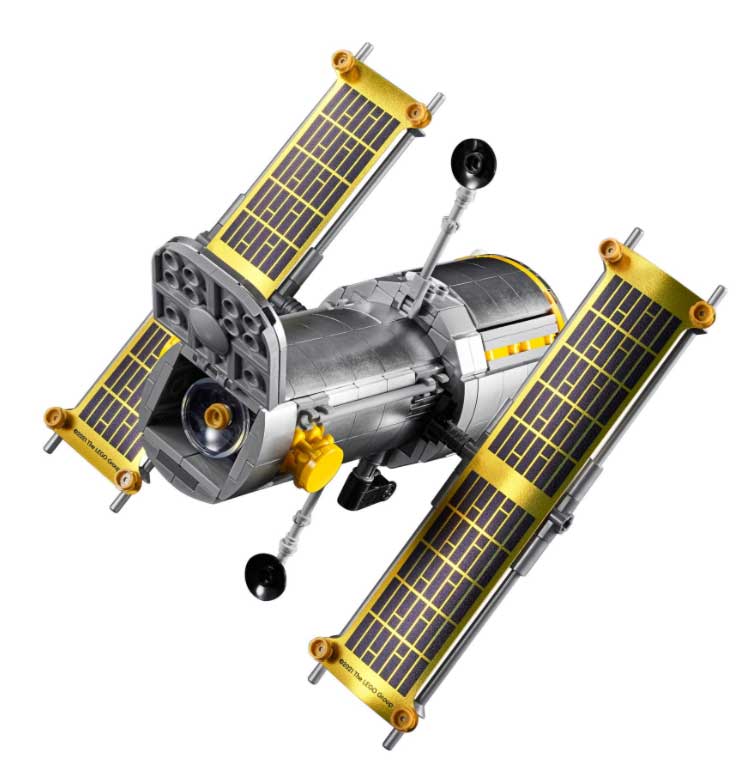 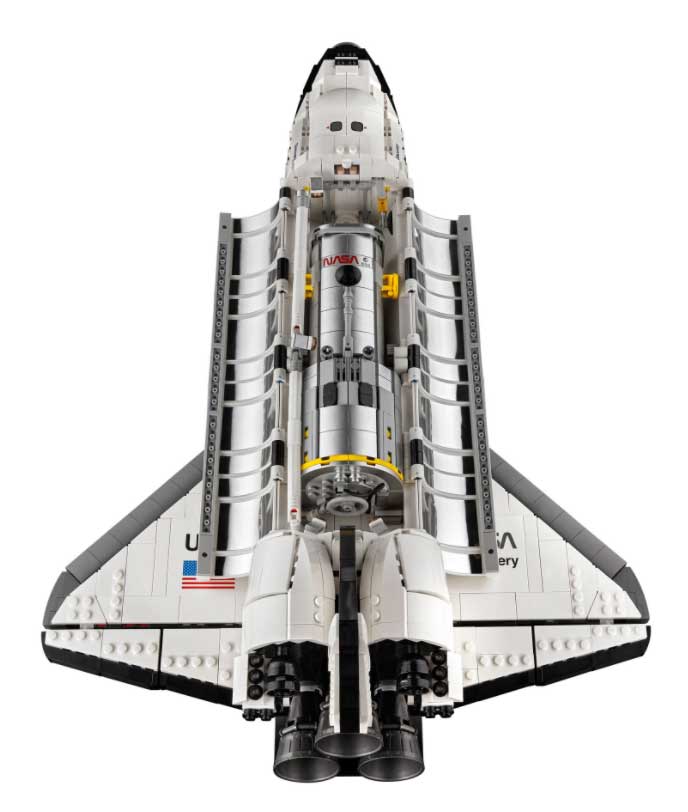 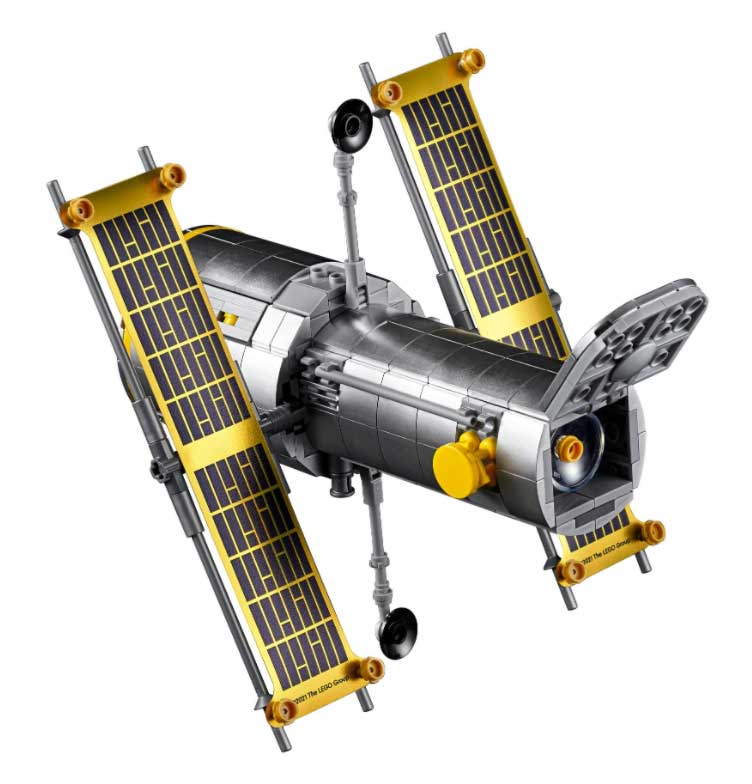 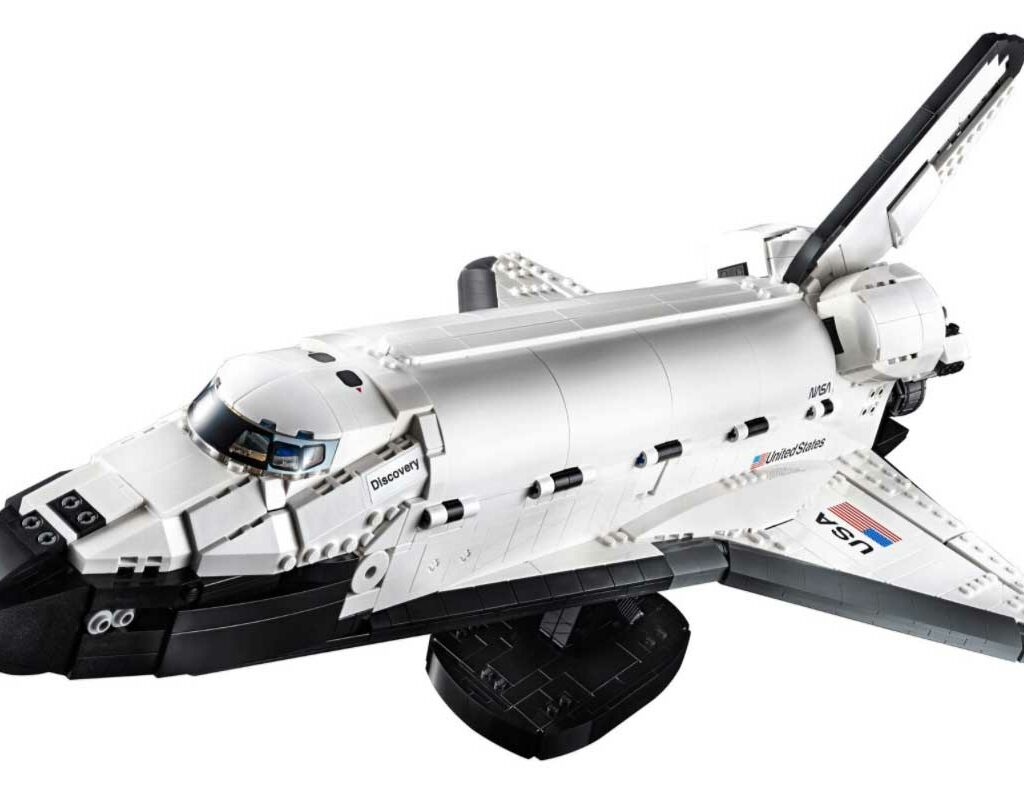 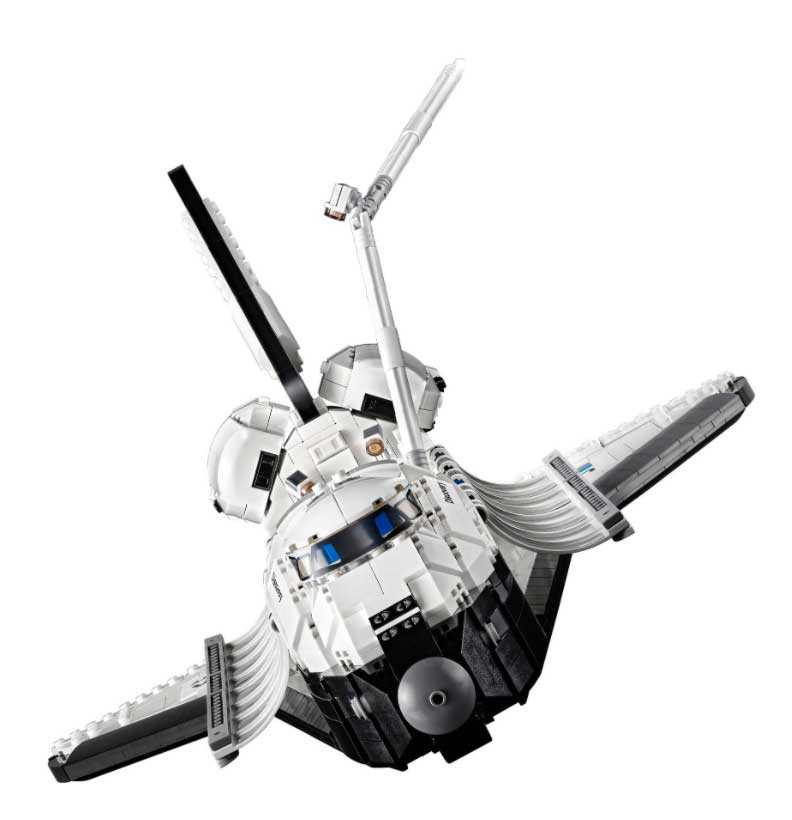 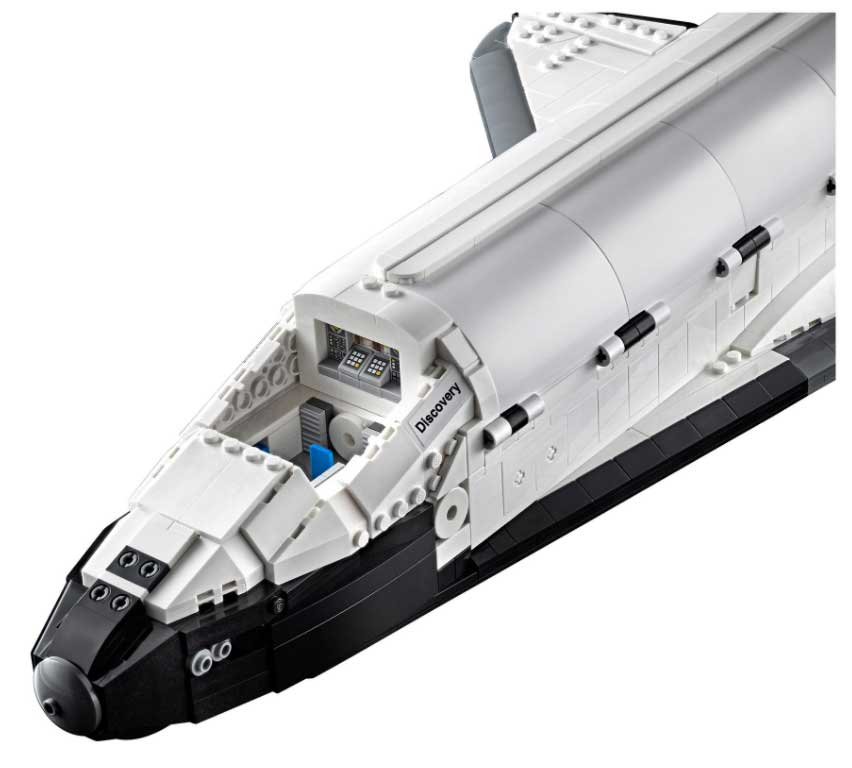 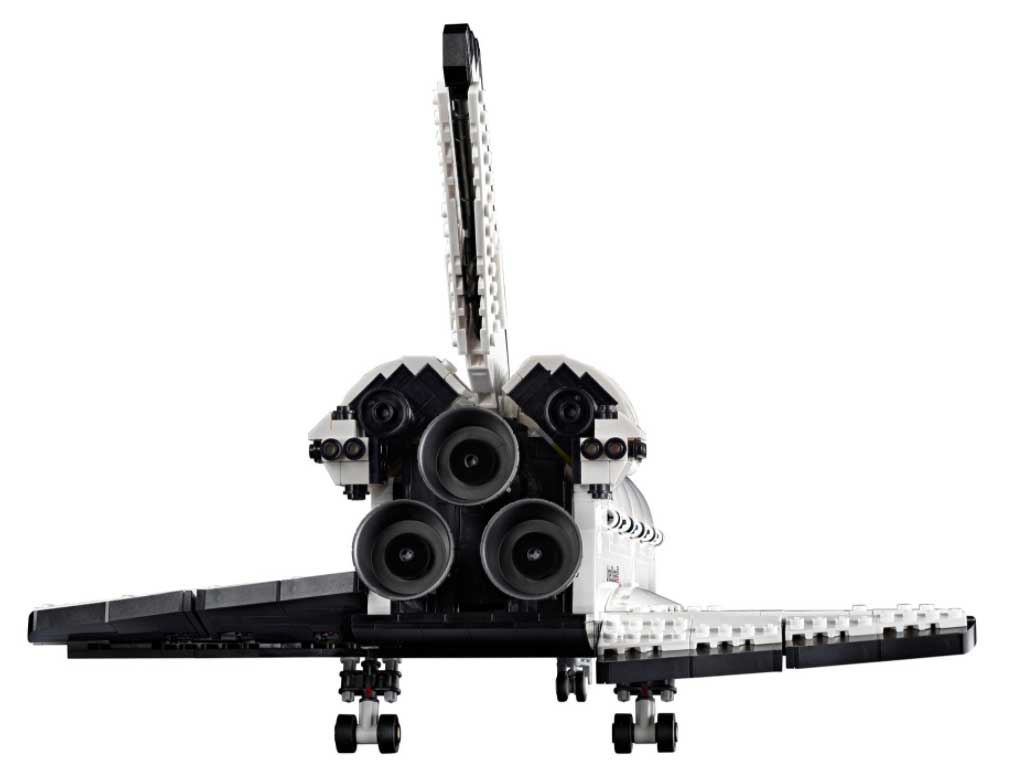 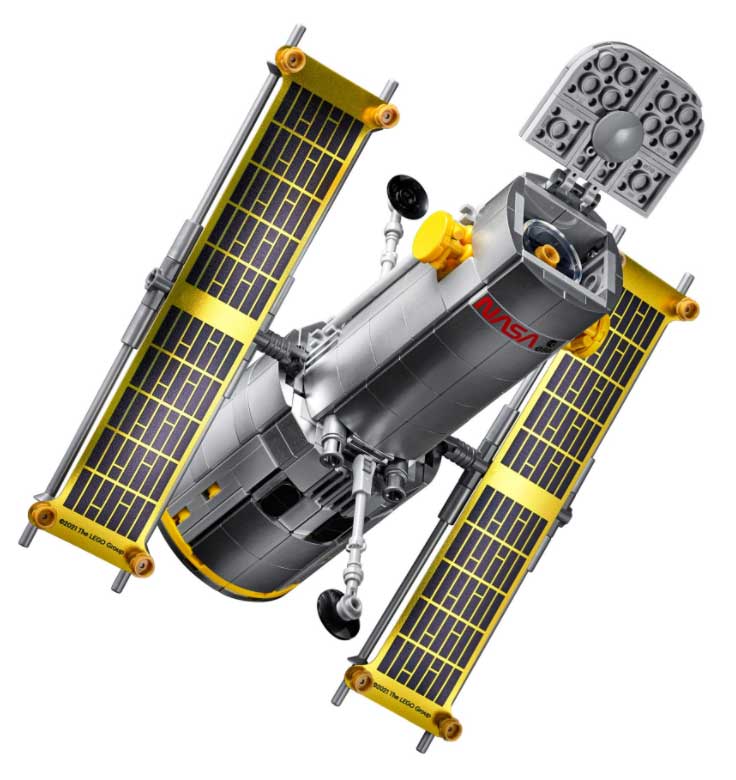 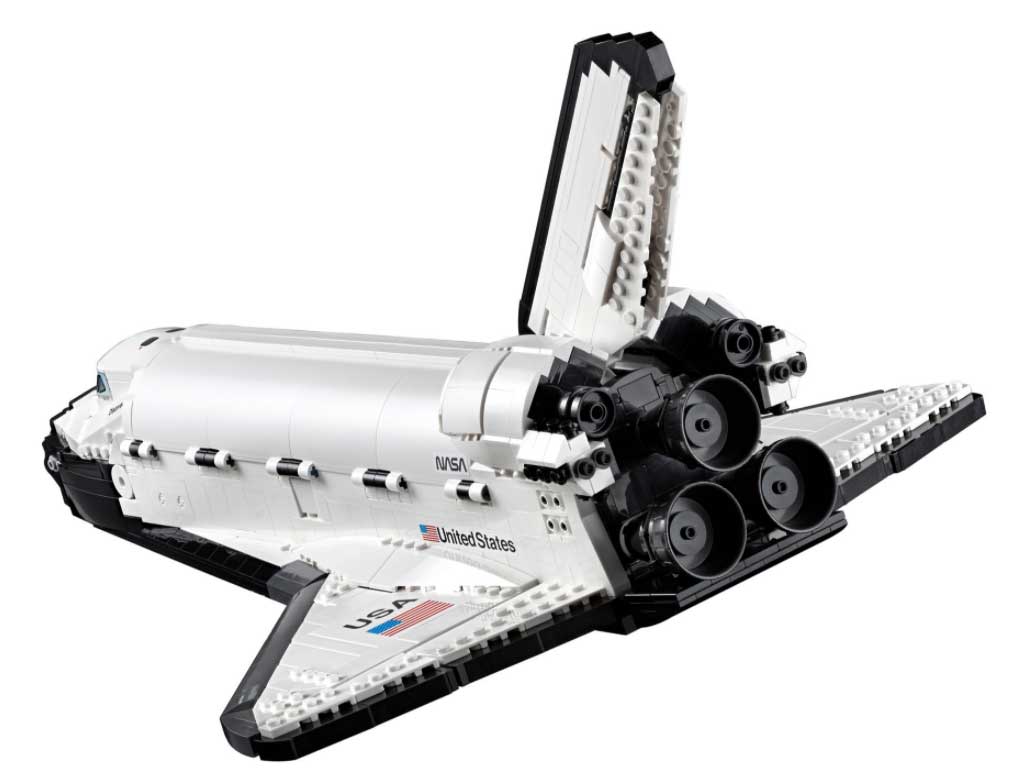 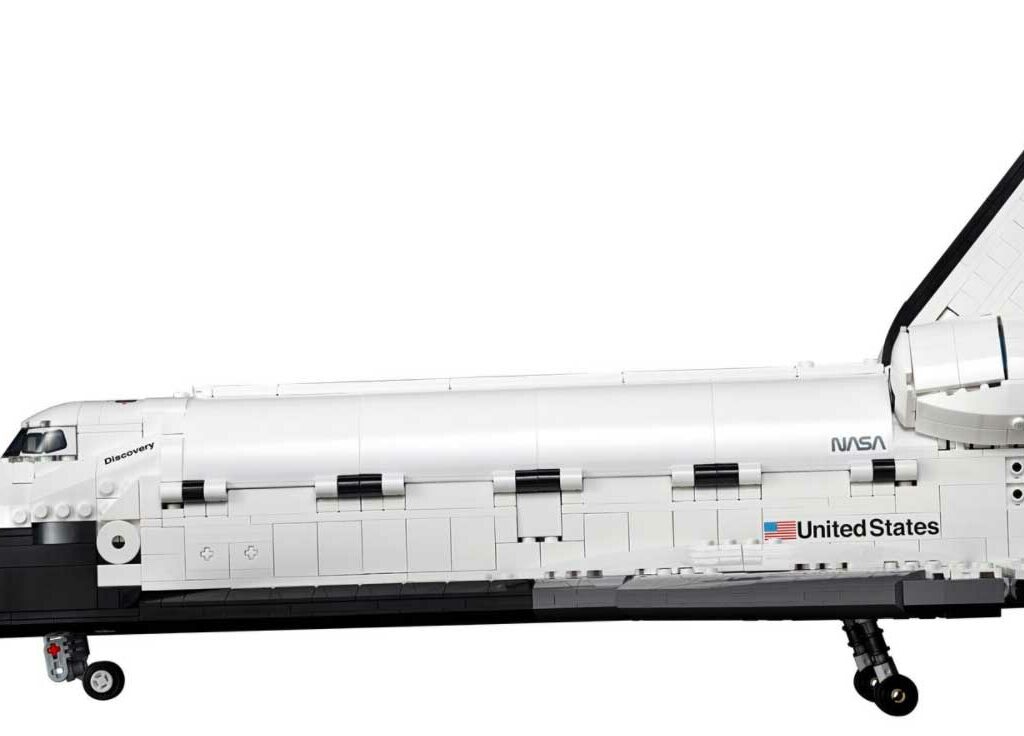 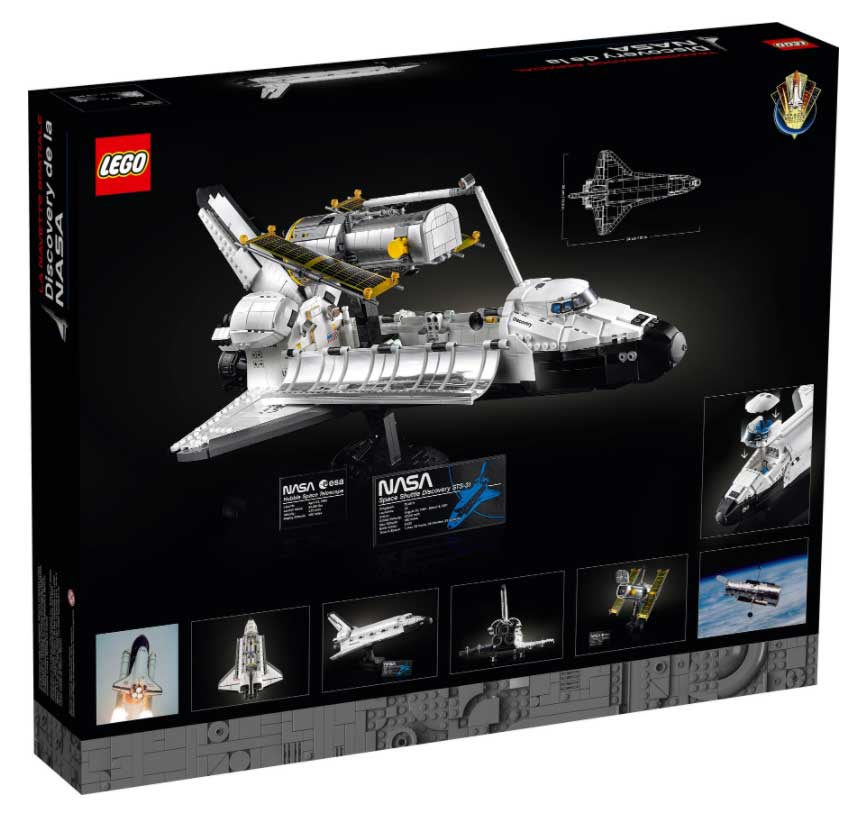 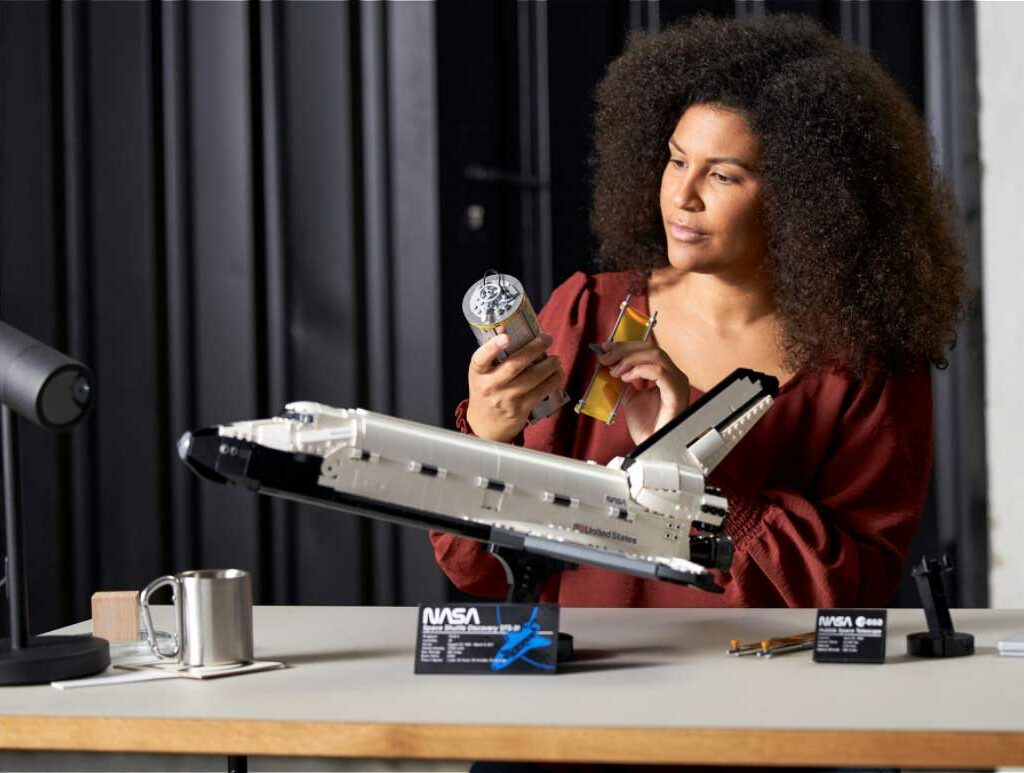 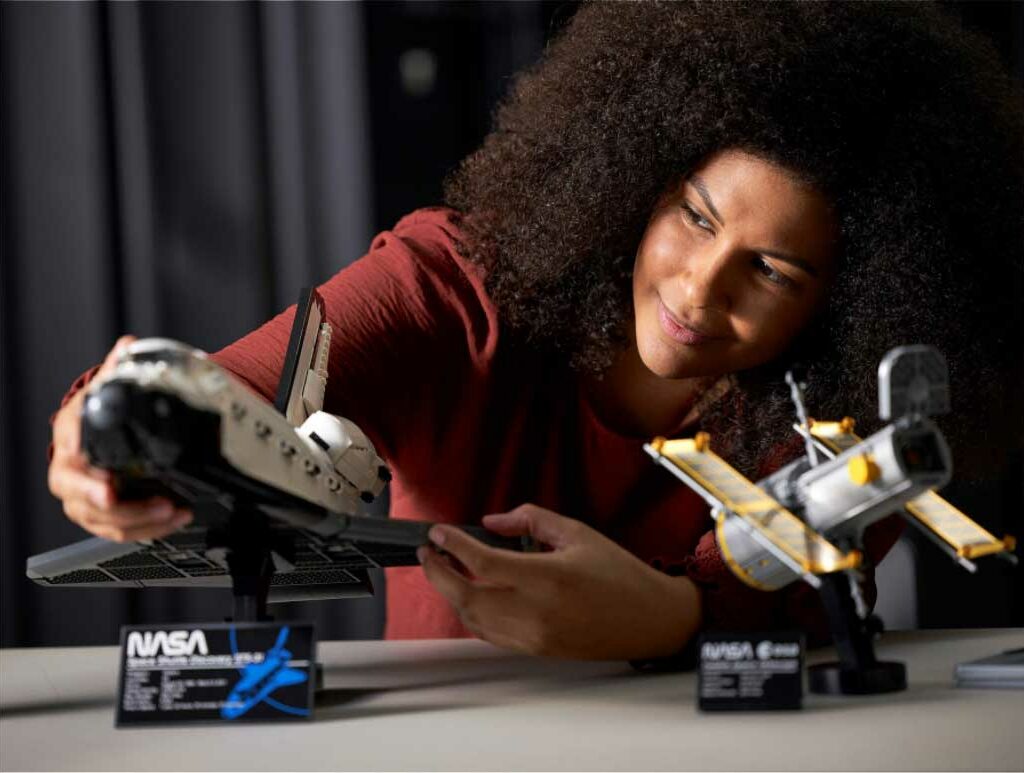 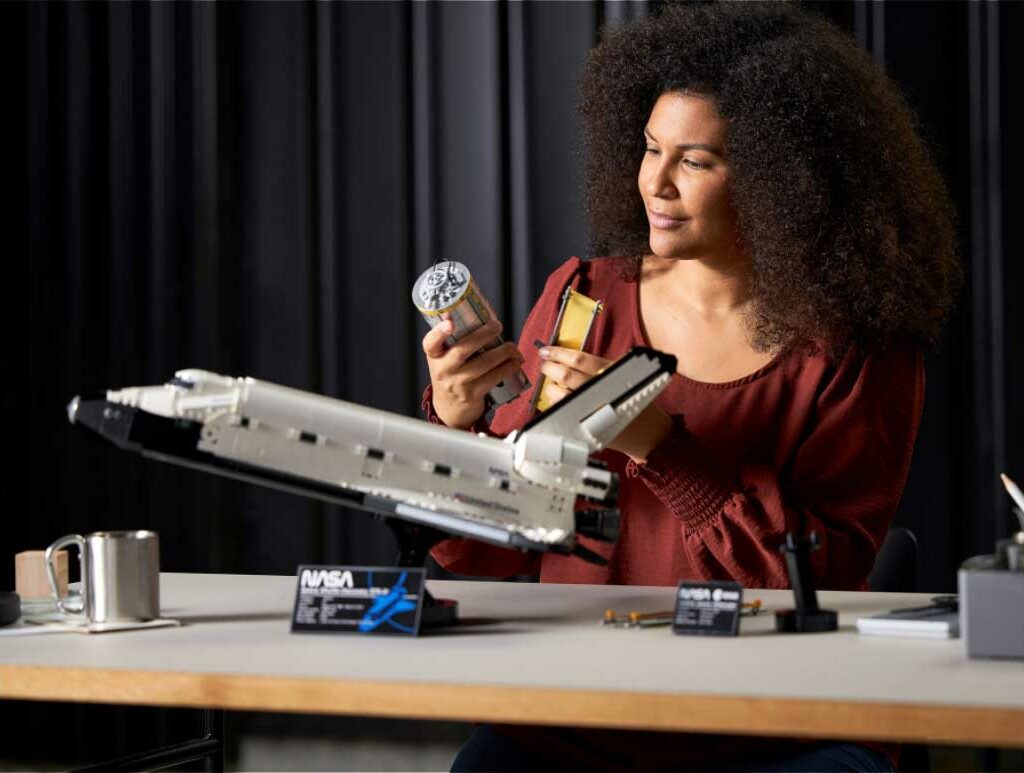 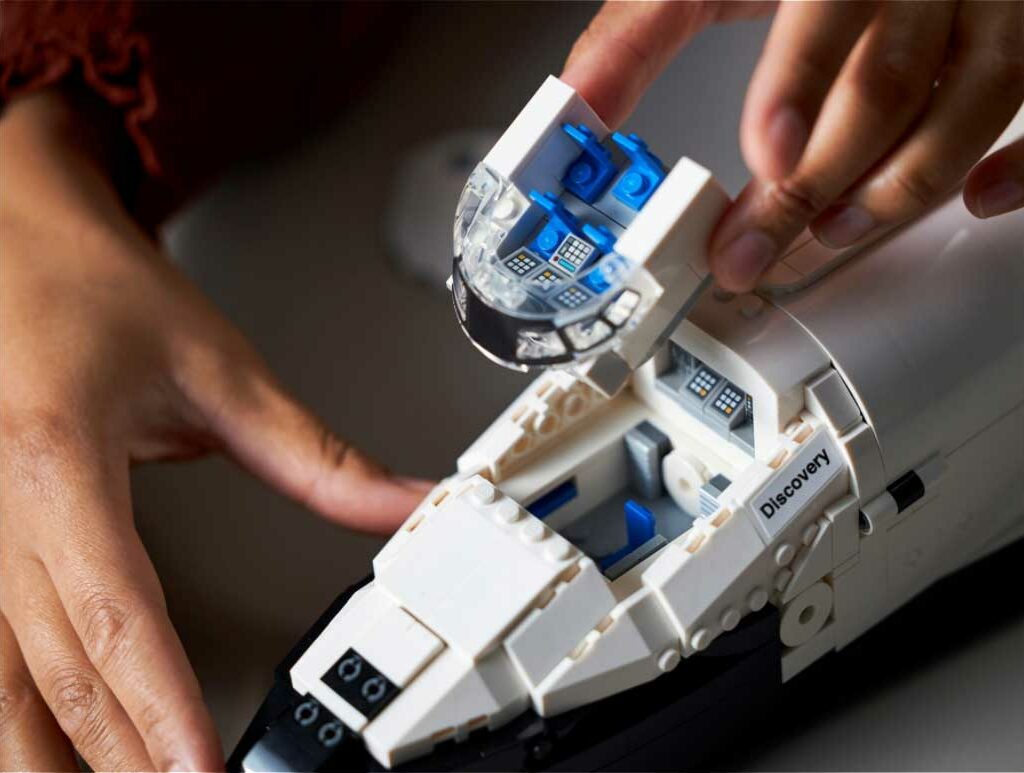 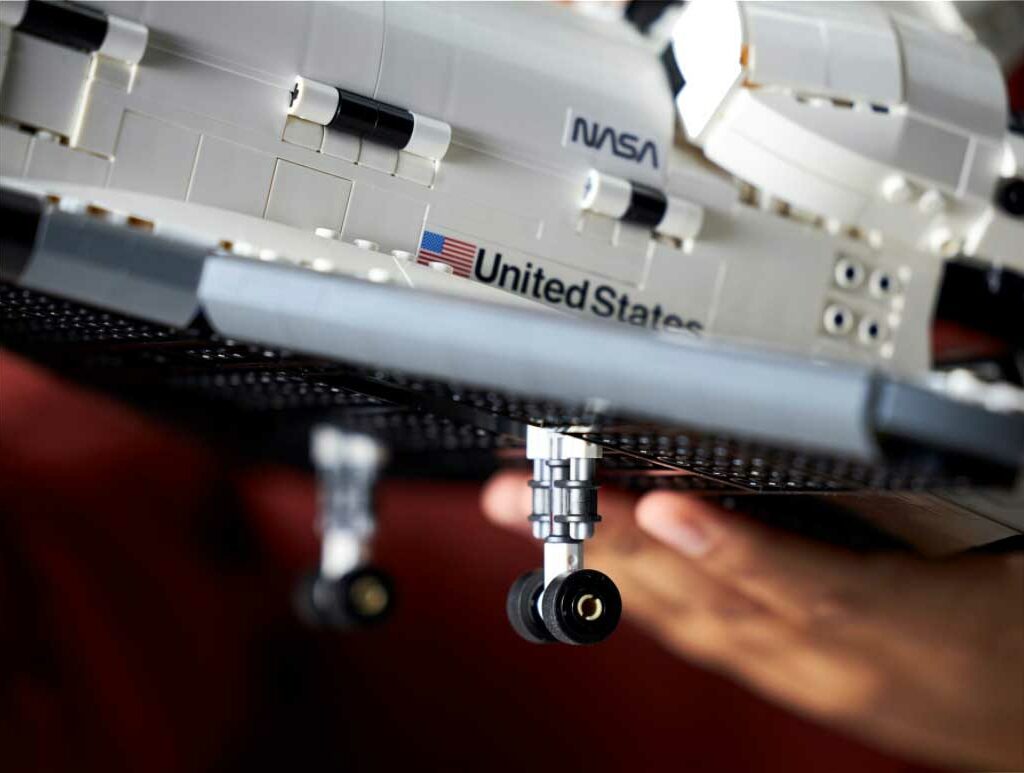 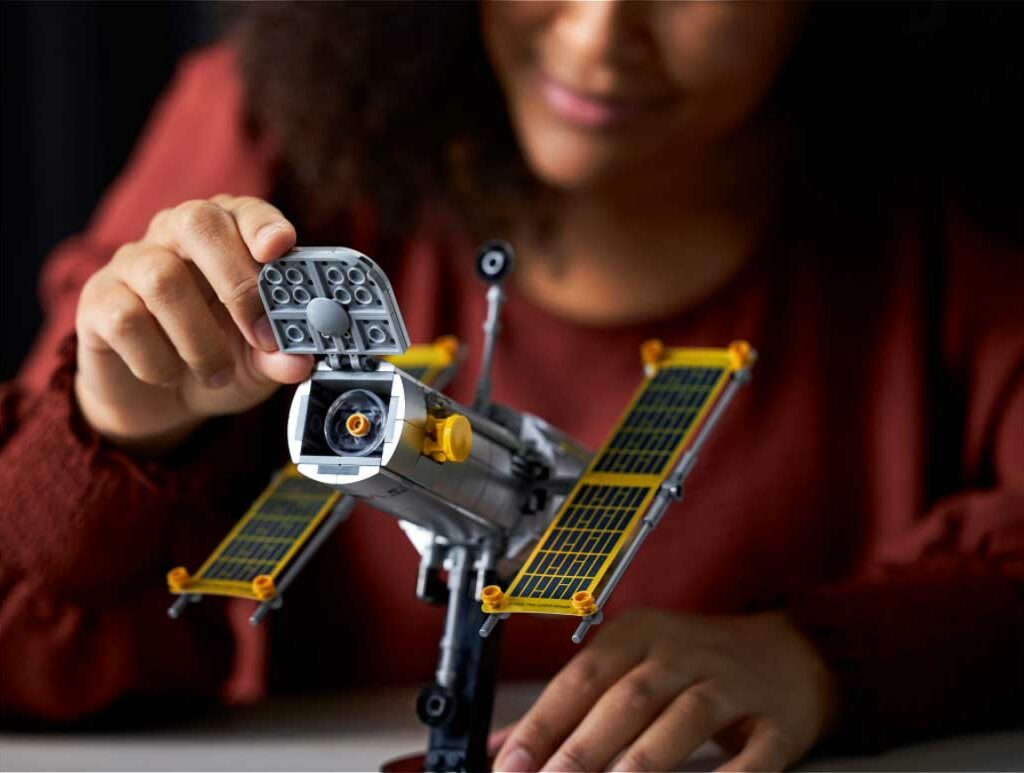 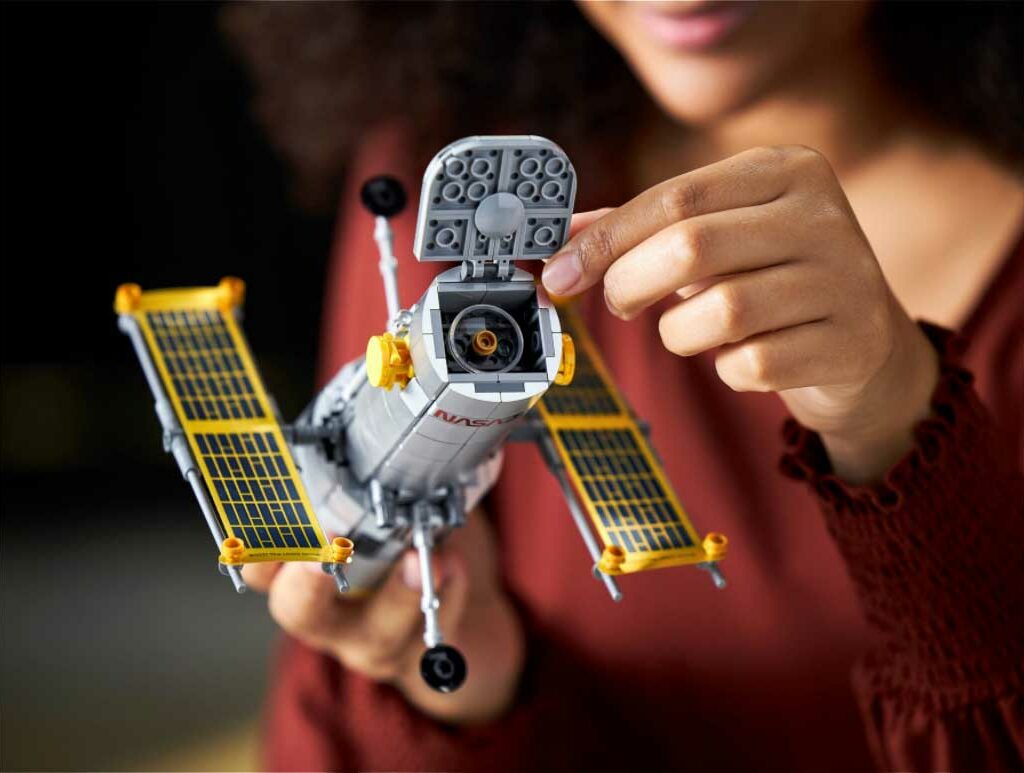 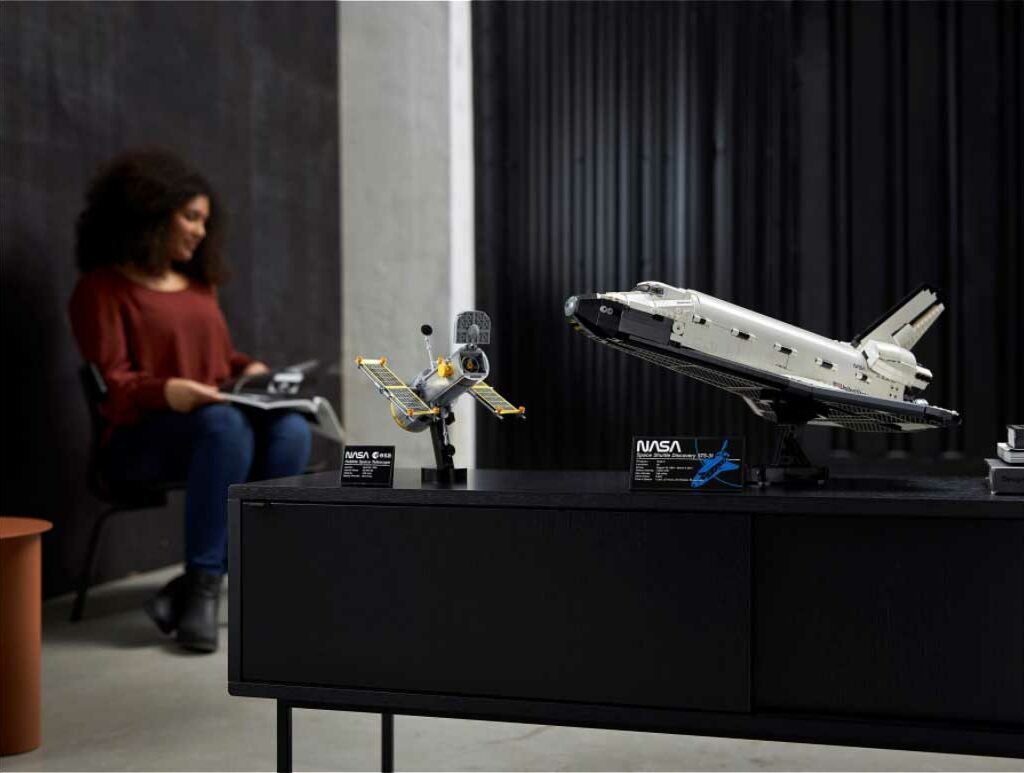 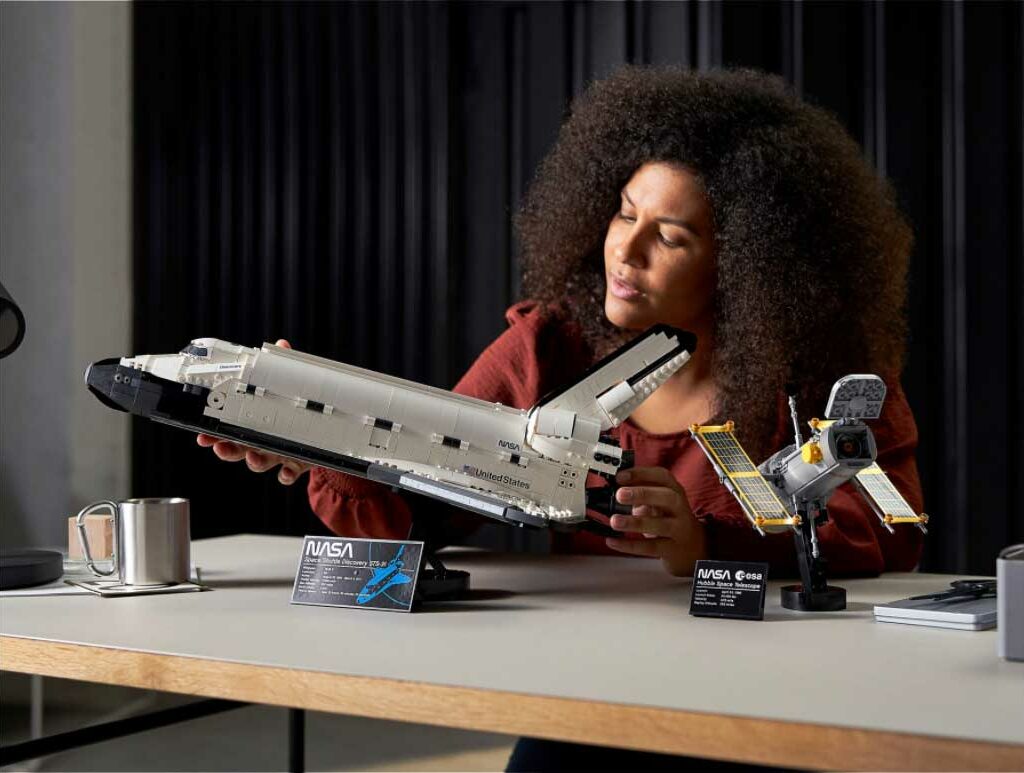